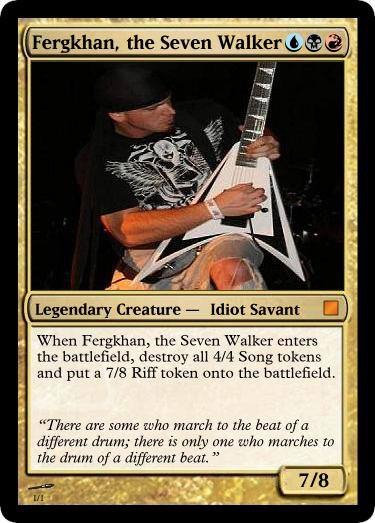 Aaron “Ferg” Ferguson is an interesting specimen as he was born with a guitar fused to his hands. Unlike most humans who have a tendency to live in a world of even numbers, Ferg operates in the “odd” and creates music in 7’s. As the founder of Mithridium, he strives to challenge himself and his listeners with his musical masterpieces. Ferg is currently working on an apprenticeship under the guidance of William in the realm of music programming. When he is not learning new scales he is busy slaying dragons and orcs alongside Eric.