MITHRIDIUM’s debut CD has SOLD OUT 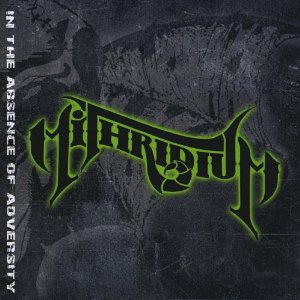 Physical copies of Mithridium’s debut album “In the Absence of Adversity” have been depleted. Thanks to all the fans who have supported the band and have devoted at least 70 minutes of their lives listening to the album!! The option to buy the album directly from this website (through the band) has temporarily been deactivated until more CDs are pressed. CDBABY may have a few physical CDs left in their possession. Digital downloads of the songs are also available through that website. Links to the music can be found by visiting Mithridium’s Store.

In other news, the second album is progressing as they make headway with the vocal tracks. So far this album is surpassing “Absence” in that the band is challenging and pushing their writing and production skills beyond anything they have ever done before. Being the perfectionists they are, with no label deadlines, they are making sure nothing is missed or sounds off. Without giving away too many spoilers, Mithridium is blending what they feel to be the best attributes of the plethora of “metal genres” into their writing and creating heavy, complex, catchy, energetic movements that hopefully inspire musicians and non-musicians alike to want to learn and master their craft. Mithridium abhors complacency. The band members often have to do “homework” between practices/performances just to keep their mental prowess from fading. Stay tuned for more album updates in the near future.

In the meantime, the band is getting ready to perform with HELLOWEEN in 36 hours!!!